Chief Justice of Pakistan, Justice Iftikhar Muhammad Chaudhry on Saturday called for creating awareness among masses to protect the intellectual property rights (IPRs) in the country, saying Constitution of Pakistan guarantees the IPRs.

Speaking at a seminar on "Designing the Future", on the occasion of World Intellectual Property Day, which Pakistan Intellectual Property Rights Association (PIPRA) organised at the DHA Gold Club, the Chief Justice said protection to the IPRs was the only way to encourage inventors to continue their jobs dedicatedly and shape the world for the betterment of human being.

"Ordinarily, the benefit of advancement in science and technology must reach the humanity, however having said so, let it be emphasised that the process cannot go on until some protection and compensation is accorded to the inventor for his or her efforts as well as expenditure incurred thereon," he said. He said the year's theme of World Intellectual Property Day "Designing the Future", was an idea to go for 'new invention' in general parlance.

He said the Day was being continuously celebrated since 2001 with new themes in pursuance of a decision made in 2000 by World Intellectual Property Organisation (WIPO) member states. He added that the event was celebrated on April 26 every year, which was the day of establishment of WIPO in 1970.

The Chief Justice said, "The day is being celebrated throughout the world to raise awareness about the role of IP in daily life, generate public and media interest in issues relating to IP, increase public understanding about IP and to demonstrate how IP cherishes not only arts and music but technological innovation that help shape our world."

He said Constitution of Pakistan assigned the intellectual property law on the subjects of copyright, inventions, designs, trademarks and merchandise marks to the parliament as these were listed in the Federal Legislative List. "Pakistan is signatory to certain international connections on intellectual property rights and has also enacted laws, which from time to time have been amended to make them in tune with current international trends. The laws enacted in Pakistan are in the area of copyright, designs, patents, trademark, etc."

Iftikhar Muhammad Chaudhry said, "The legal protection of these new innovations encourages the utilisation of additional resources, which leads to further economic growth, new jobs and industries and enhances the quality of life." He said the IP culture required strong protection and enforcement mechanism, especially role of enforcement agencies for the protection of the right of the owner.

Chief Justice Sindh High Court, Justice Mushir Alam said he was envisaging the future of Pakistan as developed with technology and morally build society to respect the other rights and property. He said the seminar was aimed at creating awareness regarding the IPRs. 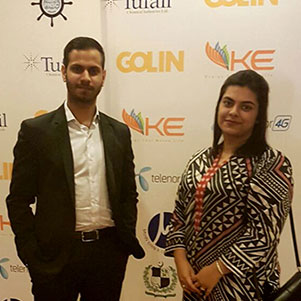 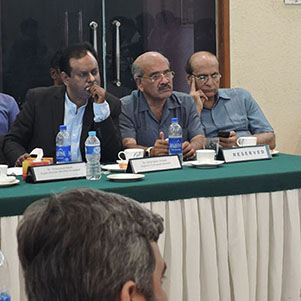